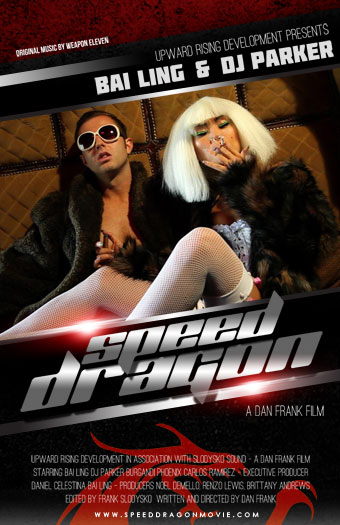 A rock and roll drama. It is like Sid and Nancy meets Spun, but a lot more crazy. You will feel the rush. The story is about a rock star Dylan, who is the lead singer to a very successful rock and roll band, Speed Dragon. Dylan has a problem with drugs especially Meth or speed. The music executives know this and want to capitalize on his drug problem. A rock star’s music is worth more when they die young. So Jimmy, the music executive, keeps setting up Dylan with girls who will keep feeding Dylan drugs. Betty, the first girl Jimmy sets up Dylan with, develops feelings toward Dylan. She can’t take it anymore, and goes away. After Dylan collapses on stage during one of their concerts, Betty helps Dylan get his health back. Dylan is worthless too Jimmy if he becomes clean. Jimmy calls Dylan back, and Dylan goes. It’s Dylan’s job to rock. Dylan gets picks right back up where he left off before collapsed. His life will now spiral out of control until his life comes to an end… He will forever be dead and famous!